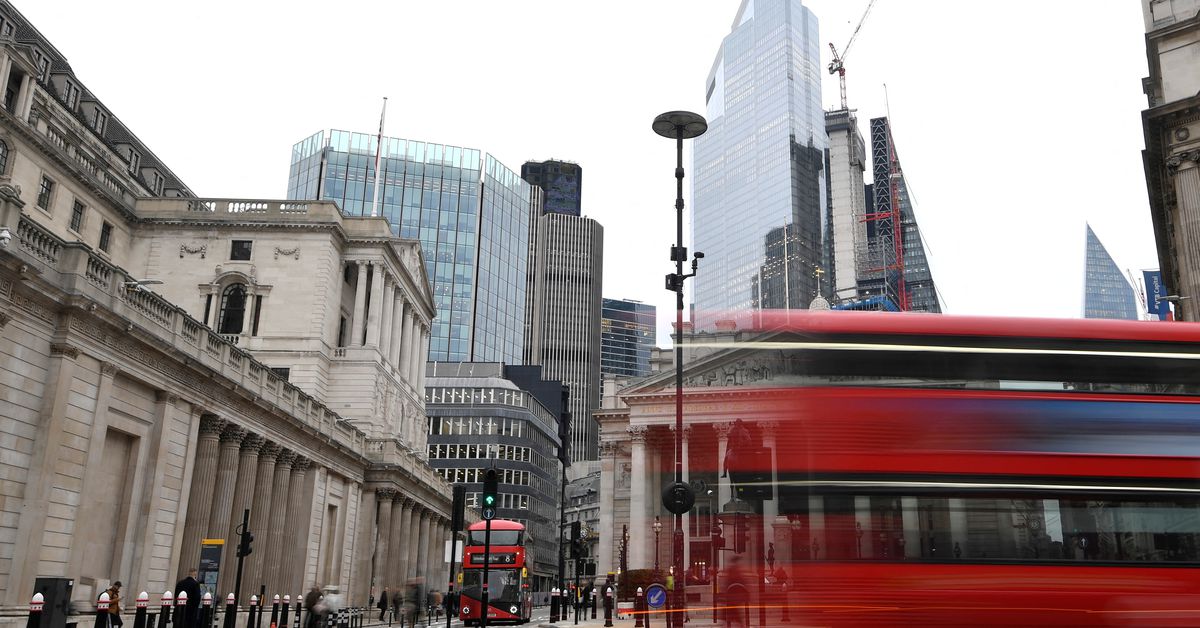 LONDON, May 31 (Reuters) – Credit card borrowing in Britain rose last month at the fastest annual rate since 2005, possibly reflecting worsening pressure on the cost of living that could now starting to slow the housing market, according to data from the Bank of England. tuesday.

The BoE said credit card borrowing was 11.6% higher than in April 2021, marking the biggest increase since November 2005.

The increase in borrowing came despite business surveys showing signs of a marked slowdown in demand, particularly among consumer-facing businesses.

Households were hit last month by a double whammy of soaring energy costs and rising taxes. The hit to disposable income – probably the worst since modern records began in the mid-1950s – means Britain is at risk of sliding into recession later this year.

“The solid increase in unsecured borrowing in April suggests that households are using credit to support spending as the cost of living squeeze has intensified,” said Nicholas Farr, associate economist at consultancy Capital Economics.

The BoE figures are not adjusted for inflation which hit a 40-year high of 9% in April, so some of the increase in borrowing likely reflects a price effect.

The data also pointed to a possible slowdown in the UK property market, which has seen house prices rise rapidly over the past two years.

Lenders approved 65,974 mortgages in April, the lowest total since June 2020 and down from 69,531 in March, the BoE said. A Reuters poll of economists had indicated approvals of around 70,000.

Mortgage lender Halifax reported that annual price growth slowed to 10.8% in April after hitting a nearly 15-year high of 11.2% in February. Read more