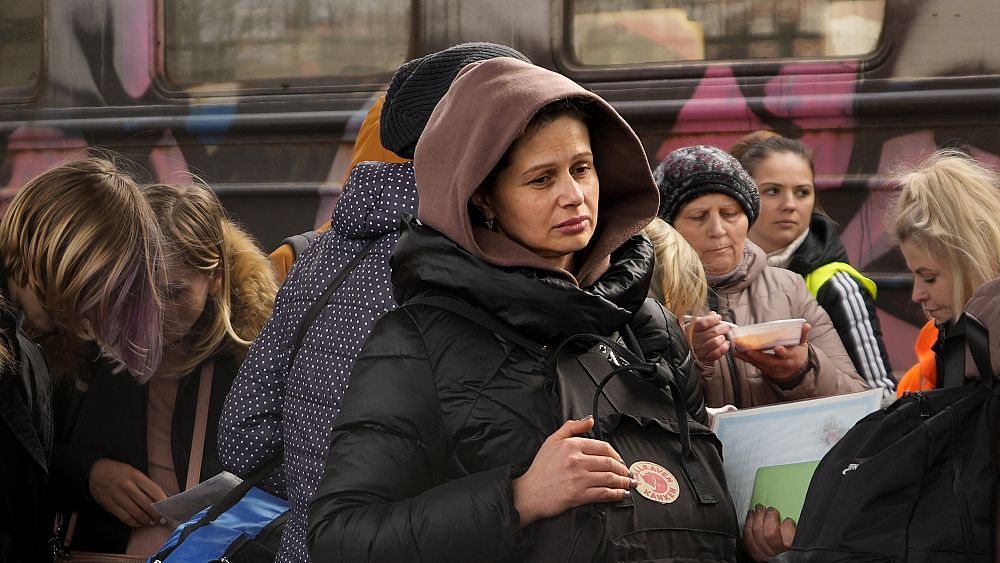 Refugees, Record Rates and Inflation: How Poland’s Housing Market is Under Unprecedented Pressure

When refugees started pouring in from Ukraine, neighboring Poland was overwhelmingly supportive, opening its door and its heart to those fleeing war.

Volunteers from across the country have mobilized to provide emergency shelter, helping to reduce overcrowding in border camps.

But more than three months after the Russian invasion, tensions are beginning to arise.

The influx of refugees seeking temporary accommodation and rising interest rates are raising fears of a housing shortage.

Rising interest rates mean it’s harder for young Poles to get mortgages and move up the housing ladder.

This has increased the pressure on the rental market, already under pressure from Ukrainian refugees who have arrived since February 24.

“Owners sometimes hang up when they hear a foreign accent”

“Apartments on the market that do not disappear immediately almost always refuse to accept Ukrainians,” she told Euronews.

“I call myself often to ask for offers on their behalf, as an accent causes some owners to hang up the phone.

“People outside Europe who have studied or worked in Ukraine have even more difficulties.”

Warsaw real estate agent Michał Możarowski said many Ukrainians he has worked with – not knowing when the war will end – don’t want to commit to staying in Poland long term.

“The owners prefer a one-year lease, and no one knows how long the war will last. This means that Ukrainians are not the preferred tenants.

“Rental prices are at an all-time high”

Housing in Poland was in a sorry state even before Russia invaded Ukraine, lawyer Beata Siemieniako told Euronews.

The country was already one of the most overcrowded in the European Union, with almost 50% of young people living in overcrowded households, home ownership stagnating for a decade and the country was more than two million homes short. , according to a 2019 study.

“The social housing stock is only a tiny fraction of what other European capitals offer,” said Siemieniako. “Demand has pushed rental prices up to the maximum levels seen so far.”

Now, major cities are now packed, with housing portal Otodom seeing a 166% increase in searches and a 60% drop in offers of accommodation available to rent. Headlines, meanwhile, warn of a “wave of homelessness”.

“The whole system is nonsense”

In Ursus – a clean, quiet Warsaw suburb that has transformed over the past 30 years from fields to a residential suburb full of gated apartment complexes – real estate agent Możarowski says “the market is tough, especially the rental market.

“It is very difficult to find a property or an apartment to rent because of the war,” he said.

The cost of living crisis is acute in Poland. Price inflation stood at 13.9% in May, compared to 12.4% in April.

Just a year ago, Możarowski sold his apartment to Ursus to have more space for his young family. He made a nice profit, which is normal in this leafy neighborhood. The situation is different now. Pointing to new apartment buildings still covered in scaffolding, Możarowski says two of the property developers he works with have lowered their prices by an unprecedented 8%, “so they can actually sell the apartments and reinvest the money in other projects”. “People can’t afford to buy because of rising mortgage rates. It’s not a seller’s market anymore,” he said.

In the first quarter of this year, sellers saw a 20% drop in properties sold. Young professional Jasmina Rozanska – who earns around the national average salary of €1,200 a month – was looking to buy an apartment in Warsaw. But after the increase in interest rates, this no longer seems possible.

“This decision has clearly buried my chances of getting credit,” she told Euronews. “The whole system is nonsense. Nothing on the market is worth that kind of money. Since the beginning of the war, even unattractive rental ads disappear within hours.

Poles, worried about a real estate crash and desperate to avoid negative equity, are even trying to sell their homes in Facebook housing rental groups

Opposition lawmaker Adrian Zandberg warned last month that “the situation is extraordinary. After the RPP decision [on interest rates]thousands of families are threatened with bankruptcy”.