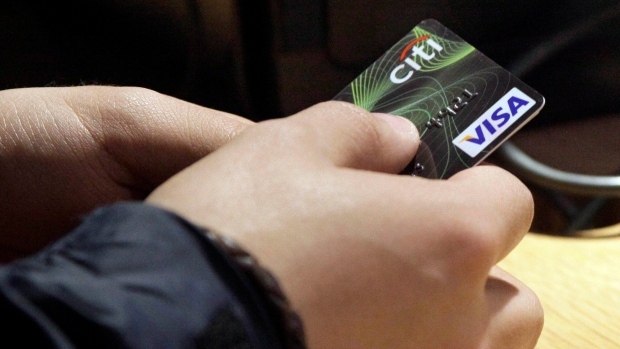 Manitobans are feeling the pinch from rising interest rates and the rising cost of living, and many fear they won’t have enough to cover their bills and debts, a new report finds.

According to MNP’s latest Consumer Debt Index, six in ten Manitoba and Saskatchewan residents say they are concerned about the impact of rising interest rates on their financial situation, and three in ten say they are not financially prepared to face a percentage point increase in the rate.

“With interest rates going up, what you’re seeing is more people struggling to pay their debt, because obviously when you have an interest rate going up, you know, it’s going up also the cost of servicing your debts,” said Brad Milne, a licensed insolvency practitioner. trustee and partner of MNP.

The results come days after the Bank of Canada raised its key interest rate from 0.05% to 1% – the biggest hike in more than 20 years. The central bank warned that this may not be the last hike of the year.

“We’re kind of in a unique situation right now because while we’re going through interest rate increases, we’re also seeing pretty significant increases in our cost of living,” Milne said. “Gasoline prices are going up, our grocery spending is going up as well, so I think all consumers are facing a tighter cash crunch.”

The report shows that Manitobans are also seeing less money remaining at the end of the month. According to MNP’s Consumer Debt Index, more than half of Manitoba and Saskatchewan residents surveyed in the report say they are $200 or less away from not being able to meet their financial obligations, while 34% say they don’t earn enough to cover their bills and debts.

Milne said it can also impact the stress and anxiety of Manitobans.

“If you’re living paycheck to paycheck and you’re already seeing gas prices go up and your grocery bill is going up, and now your cost of servicing debt is going up with the increase in interest rates – obviously it becomes a lot more stressful,” he said.

“If you use credit to pay off your debt, you might end up in a kind of endless cycle of – what I hear quite often is stealing from Peter to pay Paul,” he said.

He suggests Manitobans who are struggling financially track their monthly income and expenses to see where they can save money.

“A person may be surprised where they can save money and get a little more financial freedom,” he said.

The report’s findings are based on the results of a survey of 2,000 Canadians conducted on behalf of MNP between March 9 and March 15. The poll has a margin of error of plus or minus 2.5 percentage points, 19 times out of 20.