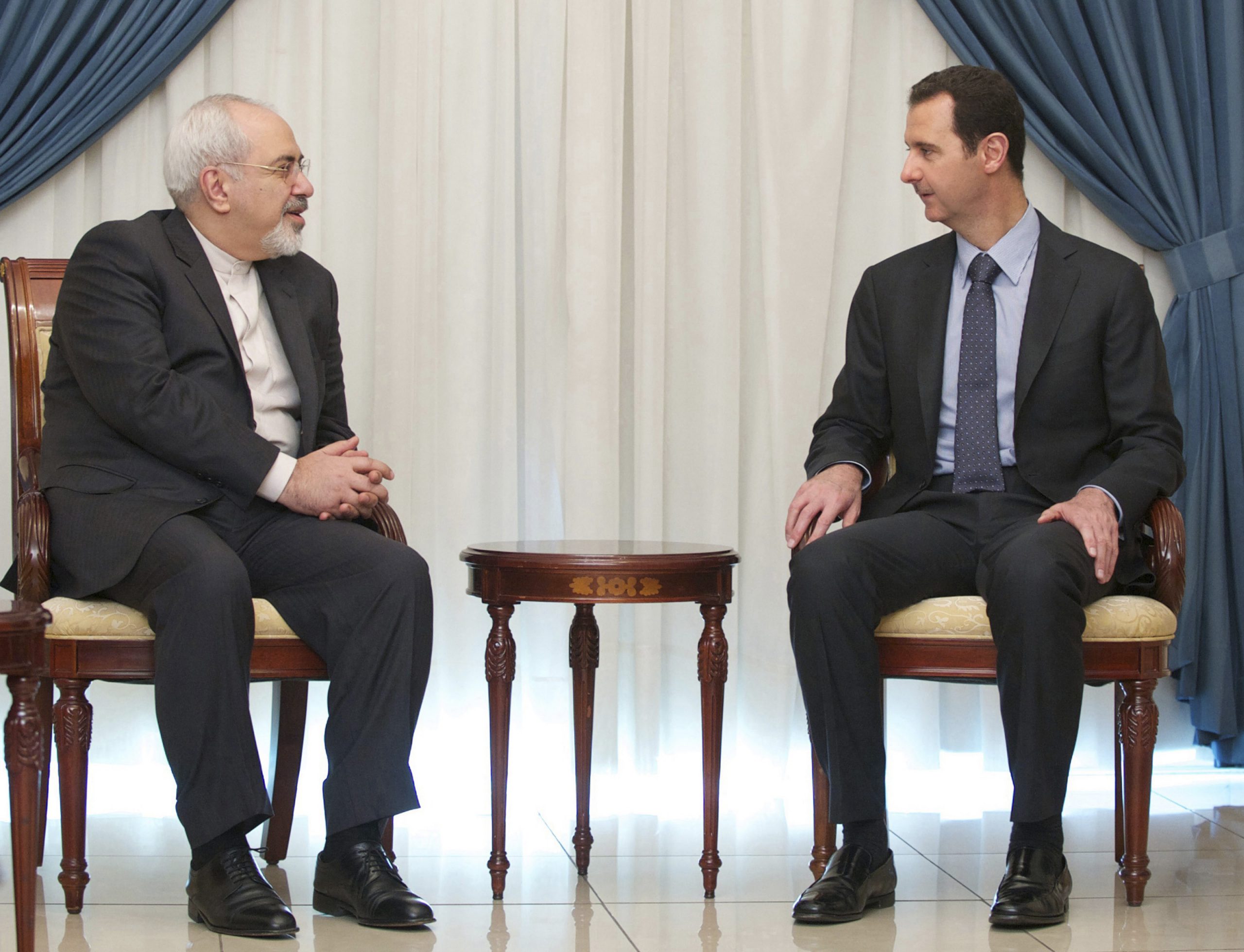 Iran’s line of credit to Syria: a well that never dries up

At the start of the Syrian uprising in 2011, Iran began lending its longtime ally, Bashar al-Assad’s regime, a line of credit to help it survive the wave of Arab Spring protests that swept the area. Unlike the lump sum loan, a line of credit implies that the borrower would borrow at certain times and repay at other times, with the overall amount of the debt not exceeding a certain level on a given date. Effectively, it is a credit card for countries.

That said, there is almost no possibility that Syria will repay some of the debt to Iran as its government struggles to cover its expenses. Looking at Syria’s national budgets over the period 2012-2016 (see, for example, the 2016 budget), we calculate that on average, 38% of the Syrian government’s spending came from financing the deficit by printing more money . Revenue breakdowns for more recent budgets, where the economic situation has continued to deteriorate, are not available.

With this in mind, uncertainty surrounds the limit of Iran’s line of credit: from 2019, Reuters estimated it at $4.5 billion, while others put it at $7.6 billion. Previous estimates from the International Monetary Fund and Ha’aretz also vary a lot. In fact, the uncertainty on the line of credit goes beyond its limit: who pays it? Who spends it? What currency is it valued in? By when is it due? And what is this for ?

Despite the considerable uncertainty, the credit line has been regularly brought up by commentators whenever the Syrian pound has depreciated, when the country faced oil shortages in April 2019 and at every budget announcement. Syrian. There is hardly an article on the Syrian economy since the 2011 uprising that does not refer to this rather mysterious line of credit. The impression this has created is that the Iranian line of credit covers all of Syria’s needs: a well that never dries up.

However, even the highest estimate of the line of credit limit is a drop in the bucket of Iran’s actual spending in Syria. As previous work shows, Iran’s oil shipments to Assad in 2013-2018 alone are worth $10.3 billion, which dwarfs the highest estimate of the credit line limit of $7.6 billion. Oil shipments from Iran resumed their 2013-2018 level in June 2019 after a six-month hiatus due to US sanctions against any entity exporting oil to Syria.

Besides oil, Iran is flooding Assad with money: paying and equipping militia fighters, rebuilding damaged state institutions, providing aid and funding the Syrian Central Bank‘s sales of US dollars to prevent the Syrian pound to nose dive. Due to the lack of transparency in Tehran and Damascus, estimating Iran’s actual military and economic expenditure in Syria is a daunting task, with estimates ranging from $30 billion to $105 billion for the first seven years. In other words, what we know is that the real costs are considerably higher than what the alleged line of credit implies.

The line of credit is intended to camouflage the true costs of Iran’s engagement in Syria – something that has been increasingly criticized in Iran itself in recent years, on moral, political and social grounds. economic. In recent years, one of the main demands of Iranian protesters has been to end Tehran’s regional adventures and redirect resources to meet their domestic needs. The fact that Iran has spent far less on its military role than its regional rivals has been a moot point for many Iranians.

This is where the line of credit comes in handy. In April 2019, Foreign Minister Mohammad Javad Zarif, during a visit to Damascus, claimed that “Syria has exhausted the option of persuading Iran to restart the line of credit” – giving the impression that the line of credit is all that matters even if no one knows what it is. Meanwhile, Iranian support for Assad continues unabated.

In another attempt to appease the public, Iranian officials have also adapted their rhetoric to the new reality of growing domestic skepticism about their involvement in Syria. For example, one of these new arguments was that Tehran would balance its spending by profiting from the reconstruction of Syria. In August 2017, thirty-one Iranian farms participated in the first Damascus International Fair organized after five years, constituting the largest national representation among all countries. Exactly two years later, in August 2019, the Syrian-Iranian Mixed Chamber of Commerce held its first meeting. Tehran has sought to play a leading role in Syria’s reconstruction – including residential buildings, power plants, agriculture, telecommunications, oil and mining – with many of its companies owned or affiliated to the Islamic Revolutionary Guard Corps (IRGC), which controls much of Iran’s economy and is in charge of Tehran’s regional policies, including Syria. In 2018, Iran signed a memorandum of understanding with the Syrian regime to build 200,000 homes near Damascus alongside other megaprojects. Many similar megaprojects have been announced over the past two years, but none have come to fruition.

Yet Iranian trade expectations have clearly not been met. Iranian exports to Syria were much lower than the pre-conflict year of 2010, when they amounted to $516 million, while during the armed conflict years, Iran’s market share Iran from 2010 to 2017 was only 3%, so even behind Russia, the South. Korea, Lebanon, Egypt, Turkey, China and United Arab Emirates. For example, during this period, Ankara’s share increased from 9% to 24% and is therefore eight times greater than that of Tehran.

The cost of Iran’s intervention in Syria has been enormous. Under mounting public pressure, Tehran is using the credit line to conceal that it spent more than $10 billion on oil deliveries to Assad when Syria’s national budget for 2020 stood at $9.2 billion. dollars. Iran’s draft state budget for the next Iranian year (beginning March 20), by contrast, amounts to $39 billion, including a $5 billion loan that Tehran expects to receive from the Russia this year or next year. Instead of backing Syria’s brutal dictator in his never-ending conflict, Tehran might be better off heeding its citizens’ call to use the cash to help alleviate the socio-economic vulnerability that affects around half of its population.

The line of credit does not help assess Iran’s involvement in Syria – rather it is a hedge for the full cost of Iran’s engagement there. Putting the value of Tehran’s intervention in Syria into perspective reveals the high cost of its adventure in the country and highlights the growing difficulty of pursuing it as Iran continues to hemorrhage under punitive US sanctions, including on oil. As what Tehran has spent in Syria far exceeds what is advertised, another question is how much Syria owes Iran. Should Syrians repay what is on the books or what is actually spent? Only time will tell.

Karam Chaar is a senior economic analyst in the New Zealand public sector. He holds a PhD in Economics from Victoria University of Wellington. He is also the author of the Middle East Institute’s 2019 policy paper, “The Syrian Oil Crisis” and co-author of the Carnegie Middle East Center’s “Trump’s Crude Justification.” Follow him on Twitter: @KaramSh88.

Ali Fathollah-Nejad is a Visiting Scholar at the Brookings Doha Center. He holds a PhD in International Relations and Development Studies from the University of London SOAS. Follow him on Twitter: @AFathollahNejad

Can you get a personal loan without a credit check?

Universal Credit: Rates are increasing and they could reach this amount in 2020 | Personal Finances | Finance

How to Request a Credit One Line of Credit Increase

How to Request a Discover Line of Credit Increase