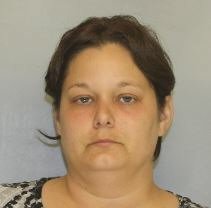 Richardson was ordered to pay $8,585.60 in restitution to the church.

Northeast Judicial Circuit District Attorney Lee Darragh said the church was only seeking restitution for expenses outside of what the insurance company paid them.

Richardson handled the church’s financial books and her position was eliminated more than a week before the church reported to law enforcement.

The indictment alleged that these unauthorized transactions on the card took place between December 2015 and April 2020.

The sheriff’s office said the transactions totaled about $163,000.

An audit conducted by the church reduced that figure to $53,000. Darragh said he doesn’t know what caused such a large discrepancy.

Investigators also said they believe Richardson accessed the church computer remotely a week after his post was terminated “with the intent to delete files.”

Hall has ordered Richardson to have no contact with the church, and Richardson must also complete at least 12 months of a residential drug addiction program after he is released from work.